This weekend my wife and I flew up to San Francisco for Litquake, the literary festival/pub crawl where writers from all over the country come to share their work and join a community of scribes who usually only communicate over social media.  We stayed with Joe and Justine Clifford, and I read at their event Lip Service West, which tells real and gritty stories. I told a story about trying to find a way to convince a mental patient to willingly enter an ambulance in order to find  a higher level of care, but I think next time I read in a bar I’m going to tell the story of how I got in a fight with a little person in St. Petersburg, Florida, or how I almost got in a fight during a community theater presentation of Macbeth in South Beach. Of course, when you read in a bar, you have to expect anything, and I’ll tell that story a bit later.

This was my second reading in San Francisco, and the last time I drove up the coast I wrote about trying to rediscover the California Dream for the LA Weekly and then read at Lip Service in the Tenderloin. San Francisco has always been one of those cities I’ve felt at home in — a sort of Boston transposed to the West Coast. The landscapes are stunning, and there is just so much water everywhere. I was able to shoot some solid pictures, and the Cliffords took us to Telegraph in Berkley, where I was able to find some colorful moments. It was cool to hang out with Joe, who is the author of books like Junkie Love, Wake the Undertake, and the newly released Lamentation. END_OF_DOCUMENT_TOKEN_TO_BE_REPLACED

It’s been an eventful week with a lot of exciting news, and I haven’t even had the opportunity to document all that’s been going on. Last week I had a new piece appear at the LA Weekly on Matthew Specktor’s American Dream Machine. I loved writing this piece, and it seemed to have a connection to the piece I wrote a couple of months ago on trying to rediscover the California dream. I was lucky enough to interview Specktor at Musso and Frank’s in Hollywood. That restaurant is one of the coolest places in the city. I love how it’s dripping with the ghosts of an ancient Hollywood. Now I’m working on a piece on Chiwan Choi. I’ll be interviewing him soon. Looking forward to that. 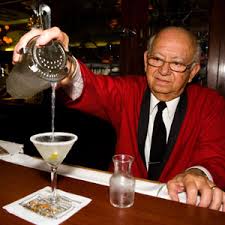 Another exciting development: As part of Booktalk Nation, I will interview Matthew Specktor on the program. I’m going to have a discussion about his book American Dream Machine. This is going to be a pleasure. I’m so excited about this event, and I really hope you will sign up for the talk. Click on the link above and enter your email. You will receive a phone number and a conference-call code.

And finally, my good buddy, your good buddy, Joe Clifford had his novel, Junkie Love, appear on bookshelves everywhere. Have you picked up your copy? Well, I believe you can buy it here: Amazon. Lol.

So I’ve been working at my new job in Westwood for about a week, and I’ve already started some awesome projects with social media. But the way I’ve been thinking about social media over the last couple of days is how it can affect a business’ bottom line. And don’t worry, I’m not here to talk about that. I want to begin to talk about how social media is one of the most important tools for a writer.

Earlier today, Joe Clifford — the writer of Choice Cuts — posted a transcript of his interview at Digital Book Today. Well, it’s a cool interview, and it’s a bad-ass piece, where I even get a shout out. We were in his kitchen talking about writing and how the worst thing about being a writer is that you lose the magic as you learn the craft. You start to learn all the tricks.

Well, this is true about social media, too. There are a ton of tricks writers can use — not only to build an audience and share work but work on your craft.

In that same conversation Joe and I had in his kitchen in San Francisco, he said something on the lines of this: “It’s impossible to be a writer today and not use social media.” And he’s absolutely right, and Joe might just use Facebook better than any other writer I know out there.

For example, how did I find out about his interview: he shared it on his wall, and people started commenting, and eventually when I came home, I read it. But then I shared it; and someone else shared it; and now, here I am talking about it on my blog and hopefully you clicked on his link and started reading it. It doesn’t take a genius to figure out that this is how you build an audience: a piece gets shared. Plus, he shares great content and witty observations, and it functions as an extension of his narrative voice…in my opinion.

But the trick is how do you build that audience and how do you make it work for you?

What I admire the most about the way Clifford uses social media is that he’s social. It’s not always about him, and he always finds a way to help another writer out. For instance, when he shared the link to his interview, he posted it on my wall and another, highlighting the fact that we were referenced in the interview. Well, that community building must happen in order to create effective social media and identify oneself to others as a writer.

But this isn’t something new to the digital age. God, that would be a ridiculous statement. From talking to Joe, I know that he values the Beats — maybe not Kerouac’s craft completely — because they supported each other, promoted each other, and championed the work. That was what made the Beats’ so great; they were there to take on the world together. And they were obviously not the only literary community that used the tools of their time to help each other out. There are countless.

So use this in your posts, your tweets, your tidily winks. Give shout out to friends. Like other people posts. Comment on other people’s stories. And support. Unless you’re an asshole and don’t need anybody’s help.

Don’t Be Scared to Fail

I can’t tell you how many times I have posted something on Facebook, trying to illicit a response, and not a single person responded. Yes, that might look pathetic, because now I’m sitting there in silence, but in reality, people are probably busy or just not interested. Don’t let that hold you back! Go out there and post again. If you stay persistent and confident, then people will begin to write back, and there you are again, building your audience.

But this is a larger issue with being a writer; you’re going to fail so many freaking times and fall flat on your face. So what? You’re going to write a shitty story, a clunker, and what are you going to do? Stop writing? Please, move on. Take lumps. Work on the craft.

I’ll never forgot one day I was testing out some social-media marketing tips I found online. It said that the best time to share a post was on Wednesday at 3:00 p.m. So I posted at exactly that time, telling people this is the time everyone responds on social media — let me know if you’re out there.

Well, guess what? Yep, no one responded.

Until Joe Clifford saved me, and he made it into a joke by pretending I had thrown this big party and no one showed up but him. We were standing around the virtual chips, talking awkwardly and avoiding the obvious — no one showed up.

Fuck failing. You’re a writer. Get used to it.

For some reason, I think that writers forget all of the lessons they’ve learned over the years and just start posting on social media as if they never thought about their audience or genre. Well, there are three things I used to tell my students to think about when they sat down to write a paper: audience, purpose, and genre. Think about those things and you will be golden.

So I started applying those lessons to Facebook and Twitter. They both have different make-ups, and the craft is different. The way I think about Twitter is that it’s kind of like flirting, where Facebook is kind of like a full-on relationship. Twitter, you have favorites, retweets, and follows. You’ve got to play coy and not seem desperate. Use these tools to attract complete strangers. Facebook is harder; you’re mostly speaking to people you know or met. Learn how to craft genre appropriate writing by looking at some of the best twitter writers out there. Two people I recommend are Bomani Jones and Roxane Gay.

Remember, most readers care about story; they care about struggle; they care about a narrative. Start thinking about your larger narrative — are you going to school to become a firefighter? are you trying to land a literary agent? are you trying to bike to work through traffic in the city? — and craft pieces off of that story. Let us fall into a larger thread, know your voice, and what you’re trying to accomplish. This way, we’ll stay with you beyond your wit.

Well, in the end, this is really only the beginning of my thoughts on social media. It can improve your career, your brand, or your audience, but there are tricks, just like there are in writing. And be forewarned, if you like just casually browsing through social media, then don’t try to learn the tricks behind the magic. It’s all a bunch of disguised bullshit — but so are stories in general.

Last weekend, I left Long Beach and drove up to San Francisco to hang out with Joe Clifford and read at Lip Service West.  On the way up, I drove on the 5, and I was blown away by the shifting almost fickle landscapes of California.  It didn’t take me too long to drive to the bay area, but once I was in San Francisco, the traffic was terrible.

Overall, this was an amazing trip, and I’m not going to share too much about it, because I’m going to write a piece about the trip for another publication.  But I had the chance to hang out with a great writer and fellow FIU alumni, Joe Clifford, and meet another great bay-area writer, Tom Pitts.  The cool thing about talking to these guys is that you realize they’re all about community, especially Clifford. He idolizes the community of the Beats and how they all helped each other out.  And he’s right; community is an incredibly important aspect in being a writer, and if our generation of writers learns anything from the past, we have strength in numbers.

Well, after consulting Facebook before I left, I decided to take the 1 home back to Long Beach.  I really didn’t know what I was in for. It turned out to be one of the most amazing drives of my life, and it felt like I had spent several hours driving through a dream.  Big Sur, well, I won’t say anymore…check out the pictures on the next page.  The drive took me 11 hours!

Oh, and if you’re in L.A. tonight, come see me read at Book Soup at 7 with a ton of other great Rattling wall writers!  Click “More” to see the pics.